This event is open to all INDO PACIFIC 2022 trade visitors, exhibitors and conference delegates. Register here.

Recent natural disasters have seen ever closer cooperation between the Royal Australian Navy, civil agencies and industry in helping communities to endure and recover.

INDO PACIFIC 2022 will provide a timely forum on the lessons, strategies, issues and tools that are being incorporated in response strategies at all levels to prepare communities for future emergencies.

CIVDEF will be held on Day 2 of INDO PACIFIC 2022, 11 May, in the Port Theatrette at the International Convention Centre in Sydney. 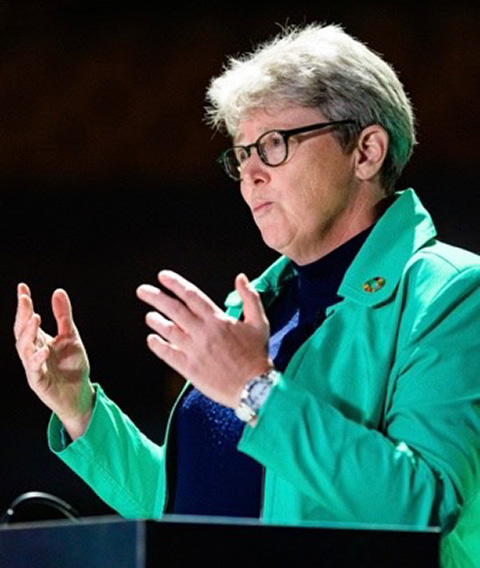 Cheryl has over 30 years’ experience in the national security sector, including specialist Army intelligence and Defence capability and preparedness roles. In her former role as Director of Preparedness and Mobilisation, Department of Defence, Cheryl led major Defence initiatives into climate change and energy sustainability and commissioned the first major review of Defence mobilisation since Vietnam, including supporting studies into global supply chain vulnerability and cyberwar.

After leaving Defence in 2020 Cheryl has undertaken research and public advocacy on climate change, security and resilience. Cheryl Durrant is currently an Executive Member of the Australian Security Leaders Climate Group, an Adjunct Associate Professor at the University of New South Wales, and a Climate Councillor. Cheryl serves on the boards of Climate Subak- Australia and Resonate Together, UK. 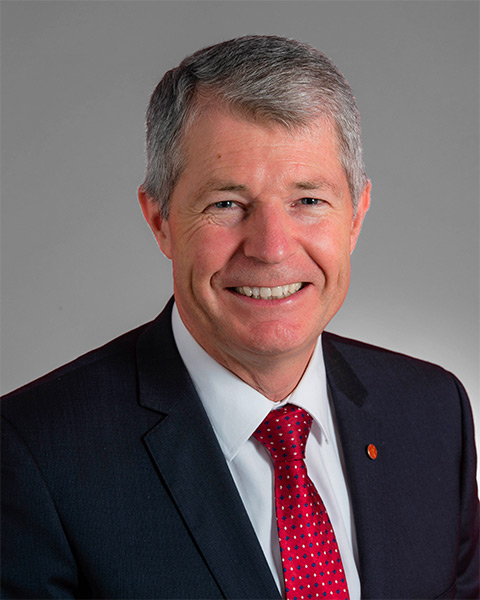 David served in the Australian Defence Force for over 22 years. An Army pilot, he flew helicopters and fixed wing aircraft and was the Senior Flying Instructor at the School of Army Aviation in Queensland.

A graduate of the Empire Test Pilots’ School (UK) he served as an experimental test pilot at the RAAF Aircraft Research and Development Unit (ARDU) before attending the Royal Australian Navy Staff College in 2000 where he was awarded the Australian Naval Institute Medallion for Maritime Strategy. He finished his full time career in Defence as the Commanding Officer of ARDU, responsible for test and certification activities of RAAF and Army aircraft, including ship-helicopter first of class flight trials in conjunction with the RAN.

Elected to the House of Representatives as the Member for Wakefield (SA) in 2004, he served in the Parliament until 2007. David continued to fly as a test pilot and ran a small business working in the Defence and Aviation sectors prior to being elected to the Senate in 2010, 2016 and again in 2019.

In the (45th) Parliament, David was sworn as the Assistant Minister for Defence and in the 46th Parliament has served as the Chair of the Joint Standing Committee on Foreign Affairs, Defence & Trade as well as a member of the Parliamentary Joint Committee on Intelligence & Security. 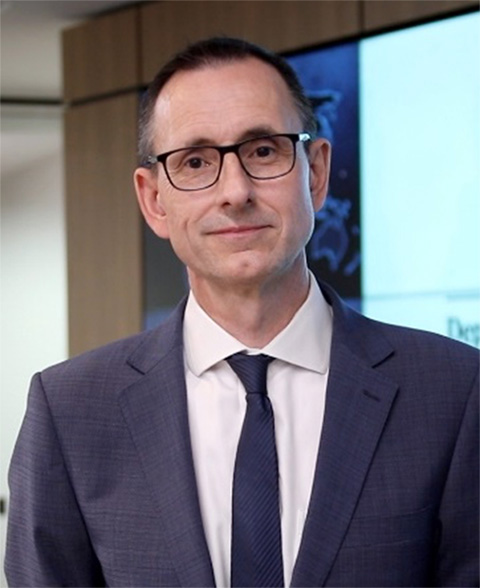 James Gilling joined AusAID in 2001 as an economic adviser. James has worked overseas for the department in Fiji and Indonesia, where he was head of the aid program from 2013 to 2015.  Before taking over as Humanitarian Coordinator, he ran DFAT’s Contracting and Aid Management and Pacific Bilateral Divisions.

Prior to joining AusAID, James worked as an economist with Oxford Policy Management, managed DFID’s Natural Resources office in Nigeria and was a researcher with the UK’s Natural Resources Institute.  He was an ODI Fellow between 1987 and 1989, working with the Department of Agriculture and Livestock in Port Moresby.

As head of the Humanitarian and Partnerships Division, James works with a dedicated and highly professional team who plan, oversee and implement Australia’s $500m commitment to meeting growing global humanitarian needs, as well as manage a range of important partnerships with international and domestic organisations. 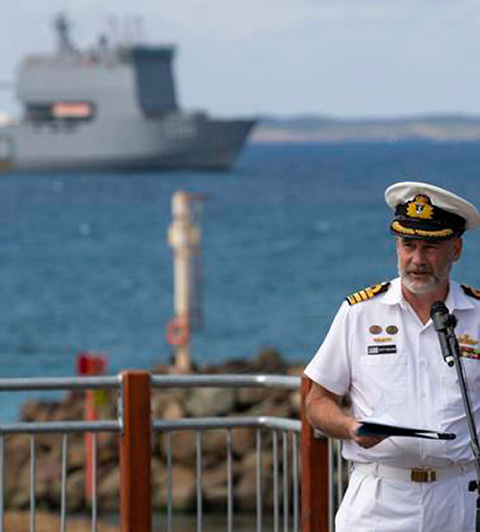 During the summer of 2019/2020, Australia experienced a significant bushfire event, with large sections of the East and Southern Coastal areas of Australia under direct threat.

On the 31st of December 2019, the Victorian town of Mallacoota was surrounded by a large bushfire, and effectively isolated, with the only way out being via the sea. HMAS Choules, as the Royal Australian Navy’s on call Humanitarian Aid and Disaster Relief ship, was activated on the late afternoon of 31 December 2019, and arrived at Mallacoota on 2 January 2020.

Captain Scott Houlihan RAN was the Commanding Officer of HMAS Choules at the time and will provide a firsthand account of the evacuation operation. 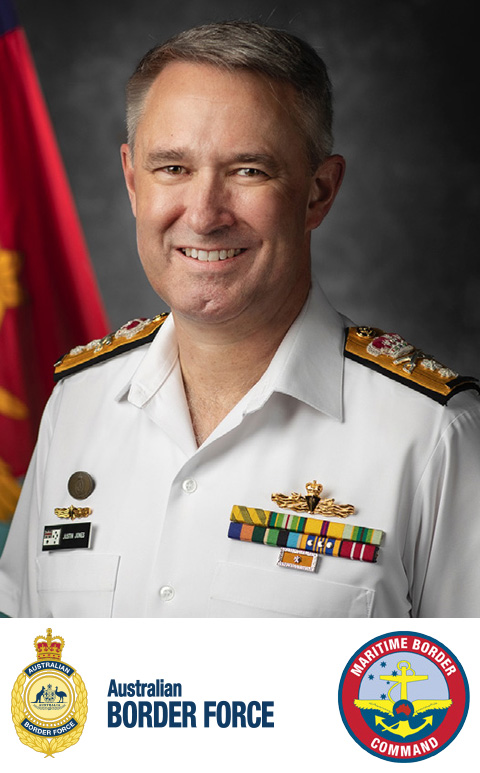 His previous positions include Staff Warfare Officer within Flag Officer Sea Training in Plymouth, UK, Operations Officer to Commodore Flotillas, Commander Fleet Plans within Fleet Headquarters, and three years as Commodore Training. In Canberra, Rear Admiral Jones has been Deputy Director Navy Experimentation in Navy Strategic Command, and Director/Chief of Staff, Force Structure Review within Strategy Executive. Most recently, he completed two years as Director General Operations at Headquarters Joint Operations Command. In this role he was responsible to the Chief of Joint Operations for the planning, integration, coordination, control and monitoring of all Australian Defence Force operations.

Rear Admiral Jones was the inaugural Navy Fellow at the Lowy Institute for International Policy in 2010, contributing to the Lowy Institute MacArthur Foundation’s major publication Crisis and Confidence: major powers and maritime security in Indo-Pacific Asia. He also edited the book A Maritime School of Strategic Thought for Australia: Perspectives, published while he was Director of the Navy’s think tank, the Sea Power Centre – Australia from December 2011 to August 2014.

Rear Admiral Jones commanded HMAS Newcastle 2009-10; and HMAS Success 2014-16 during which the ship deployed on Operation MANITOU in the Middle East Region.

Rear Admiral Jones holds a Master of Management Studies, a Master of Arts in Strategy and Policy. 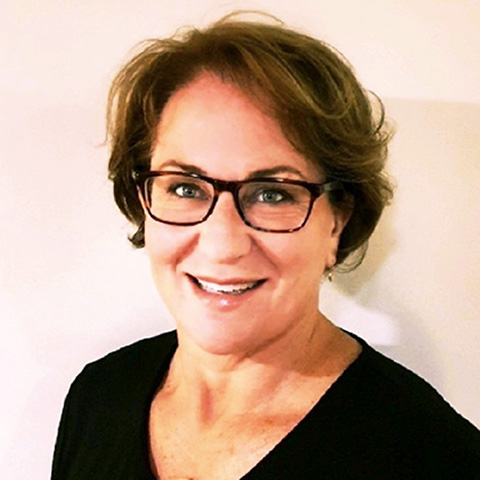 Dr. Judy Swann is the Head of Military Health Services – Pacific and is responsible client relationship management and priorities with key agencies in Australia and across the region. This includes supporting the defence, paramilitary, maritime and peace keeping sectors in the Pacific.

Dr. Swann brings over 14 years’ experience with the Department of Defence, primarily in international and strategic policy areas, and civil military preparedness. Dr. Swann has previously served as Senior Defence Cabinet Advisor, as well as having served as the Director of Policy on the Defence COVID-19 Taskforce, and as the Director of Strategy and Reform at Joint Health Command.

In Pacific Islands and Maritime Security, Dr. Swann implemented the Australian government’s largest capacity-building project across the Pacific region the Pacific Maritime Surveillance Program. She led senior Australian government delegations across the region and was responsible for the successful agreement to international Memorandum of Understanding and large infrastructure projects.

Dr. Swann has also led the development of interagency reports for the Australian government on a range of international responses including Tropical Cyclone Pam, the downing of Malaysia Airlines MH 17 in the Ukraine, and the Ebola Outbreak in West Africa. Prior to Defence, she worked in the social policy sector in non-government organisations spanning rural health; women, peace and security; and remote Indigenous leadership.